M9 Pistol is the service pistol of the US Army from 1990 which design based on the M92F Semi-auto Pistol Series from Italy. It replaced the old M1911A1 pistol which used by US Army for more than 50 years. In 2003, US Army promoted the advanced model of the M9 Pistol – M9A1, which adds a Picatinny rail on the lower frame for using the fresh light or lasers, M9 still used as the main service pistol and not be replaced by other pistol in these years. 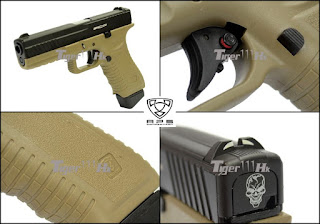 This pistol's design is based on the famous Austrian made G17 Pistol with patented external appearance.
ACP GBB can fit most of the parts for Tokyo Marui / WE G17 GBB Pistols. 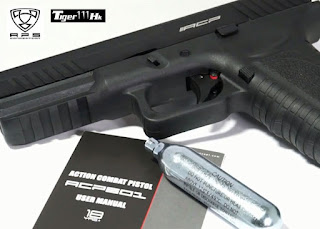